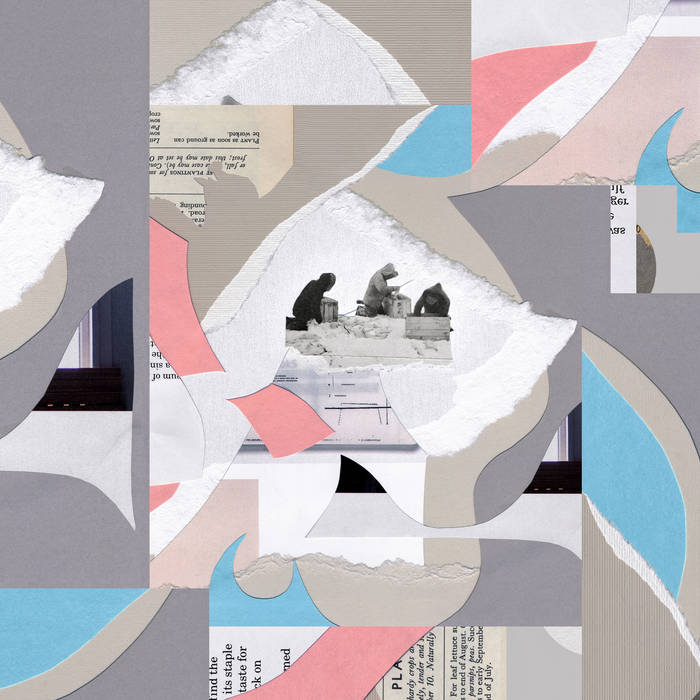 masterjakestudios The percussive rhythms are barely as recognized under such a seaweed tangle of aquatic timbres. This is an exciting maturation of style, almost neglecting pace to let themselves free and take a track wherever feels most natural. Favorite track: Creature Behind the Wall.

Istanbul-based Anıl Berk Çetin, aka Badmixday, has signed with Dome of Doom for the release of his sophomore album, Goya. Badmixday composed eight new works that run the gamut between performative instrumentalism and synthetic programming. Goya is a potent amalgamation of sound where technically expansive song structures are given soulful palettes of color to represent the inner-self. Nothing is wasted in the process.

Releasing his debut album, A Quiet Mind Awaits, in 2017 on Seattle’s Hush Hush Records, Badmixday pushes forward with the lush instrumentalism of his maiden outing and dives even further into his unique form of production/performance-based music. One that pulls pieces from downtempo, jazz, experimental electronica, classical, and instrumental hip-hop. The depth of his musicianship gives Goya a mature yet otherworldly feel. It puts him in an entirely different class of young contemporary producers. Instead of seeking outside sources, his performances in the MIDI spectrum are the base material for sequencing, sampling, chopping, and reworking. It's all free enough to find personality outside of the ridgid, yet calculated enough to roam from environment to environment with form. Style and acrobatics pave paths for highly expressive musical thought, building not only on his debut, but also on the rich history of IDM that’s occurred over the last 30 years.

With the kind of musical scope that was on full display with his debut LP, Goya follows in form, and even more technically adept in some realms. Badmixday presents piano, electric piano, electric guitar, trumpet, violin, and clarinet, in synthesizer form. Most of the album’s percussion and drum work were recorded from various modern and vintage drum machines in Badmixday's personal collection. VST-based synthesizers and audio effects like the Arturia V Collection, Native Instruments Komplete, Valhalla DSP, Waves Plugins, and Sonic Charge's Microtonic were the final components in shaping each track’s tonality. Writing material for Goya initiated weeks after the completion of his debut album three years ago, finalizing the record after relocating to a new home-studio in Istanbul this year. Returning on the artwork side from the debut, Argyle Plaids adds another immersive collage piece for the Goya cover. It’s a perfect doorway into the type of essence found across the album’s 34-minute ride.

All songs produced, arranged and mixed by Badmixday
Mastered by Wylie Cable at Dome of Doom HQ